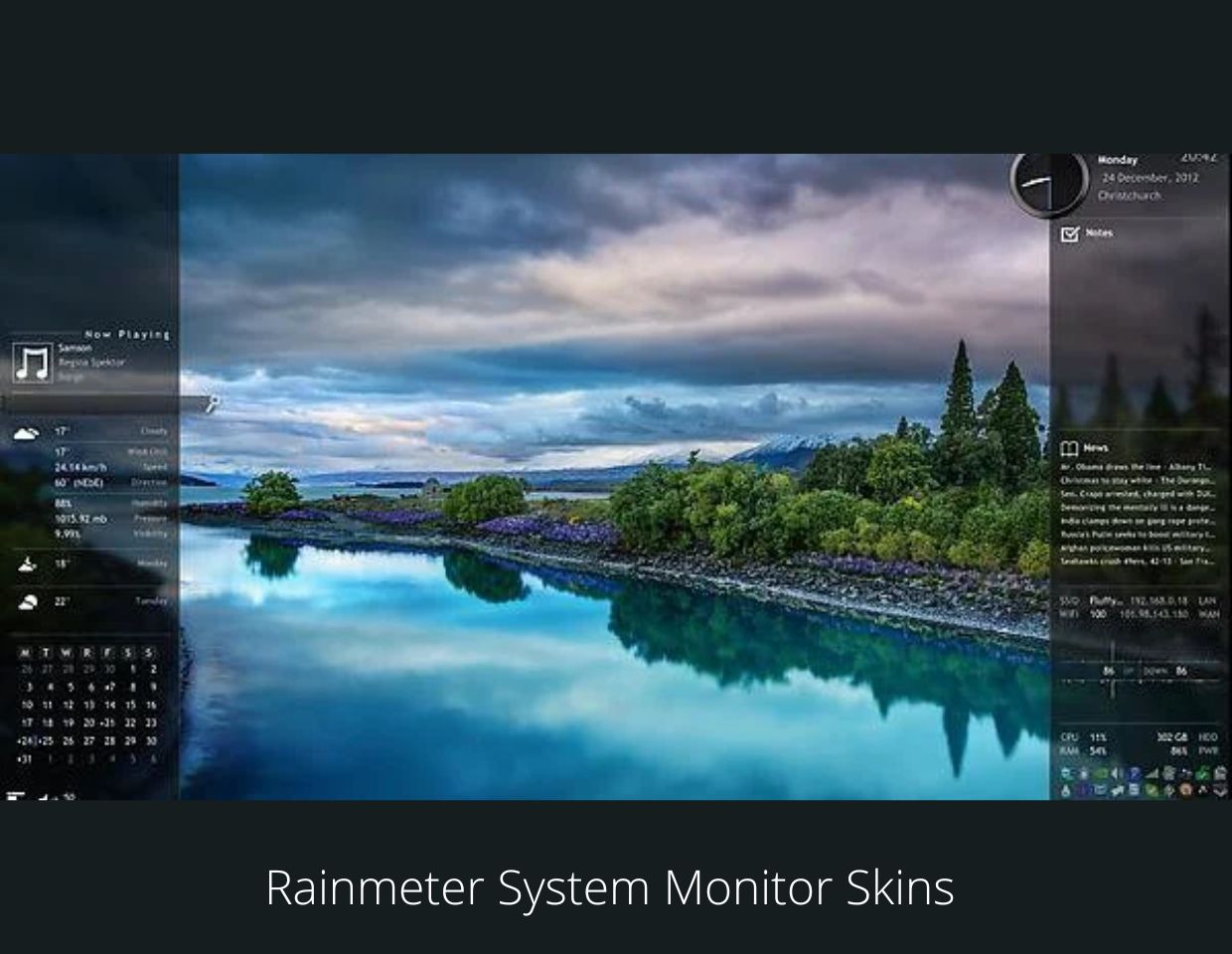 Rainmeter is a popular desktop customization tool for PCs running Windows. With Rainmeter, you can watch system usage stats like memory and battery power. You can also monitor online data like RSS feeds and email accounts. Rainmeter CPU temp monitoring skins and Rainmeter weather monitoring skins are both extremely popular. The Rainmeter software is free, open source, and highly customizable with a variety of Rainmeter system monitor skins and suites.

What is a Rainmeter skin?

“Skins” interact with your computer or with the internet to display information on your desktop. You don’t need any special development or programming skills to use Rainmeter skins and suites, as most of them are simple one-click installations. In this article, we’ll focus on skins and suites that are particularly geared toward monitoring the status of your local system – your computer’s memory, battery power, CPU usage, and more. Before using a Rainmeter system monitor skin, you must have the Rainmeter software installed on your computer.

This re-envisioning of Lewis Carroll’s “Alice in Wonderland” characters is just plain awesome. The skin package includes an analog clock (with a steam emission every minute!), a gauge showing CPU usage, RAM usage, and SWAP memory usage, a network activity monitor, volume control, a hard drive monitor, a weather skin, a uTorrent tracker, an Atom/RSS feedreader, and a music player. Get the Alice-Reworked for Rainmeter skin by Mordasius, with artwork from DanteWontDie.

This is another one from Mordasius, and we love the grungy look and feel of the pipes and gauges. This Rainmeter system monitor skin package shows CPU usages (up to six cores) and identifies which processes are using most of the CPU resources. It also includes a feedreader, a gauge to monitor hard drives, a music player, a network monitor, a gauge that monitors RAM and Pagefile memory usage, a volume control, and a weather monitor. Get Steel plates with pipes: Rainmeter Dieselpunk HUD by Mordasius.

Want to see lots of stats at a glance, with a slick space age feel? This is the skin for you. In addition to all the standard stats (CPU, RAM, time, network, battery, etc.) this package comes with 20 new looks to choose from, a pro option, the ability to enable or disable animations, various font choices, and a weather skin with custom icons. Get the Neon Space Rainmeter 2.3 package by 99villages.

Sometimes you’re just after one piece of information – the temperature of your CPU. If you’re looking for a Rainmeter CPU temp monitoring skin, no need to go with something with lots of additional distractions. This skin gives you exactly what you want, and nothing more. Round CPU 2.0 monitors the temperature of up to 8 CPU cores, and you must run SpeedFan in the background to obtain accurate numbers. The temperature can be set to display in either Celsius or Fahrenheit. Get the Round CPU 2.0 package by svenkaboot.